Fantastical: Tales of Bears, Beer and Hemophilia, by Marija Bulatovic 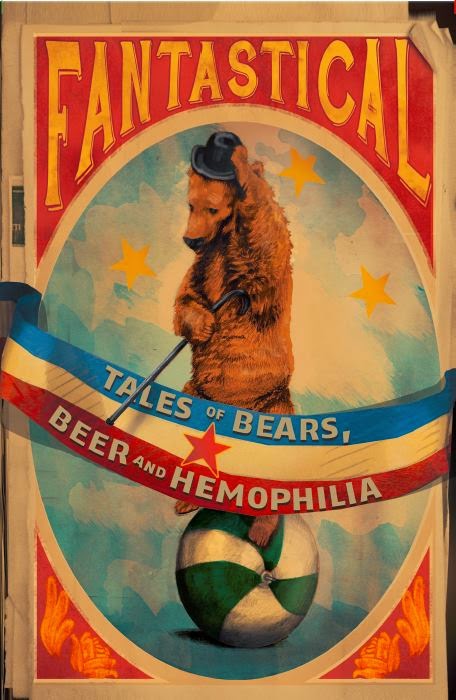 It’s been said that the truth is stranger than fiction.  Marija Bulatovic’s dazzling debut, Fantastical: Tales of Bears, Beer and Hemophilia, certainly underscores that adage.  Fantastical, Bulatovic’s reflections on her Yugoslavian childhood, is a mesmerizing memoir that takes readers on a wild and unforgettable tour of a country that has vanished from the map, but lives on in this lively collection.

With a pitch perfect voice, and a keen eye for capturing the absurd, the outrageous, the hilarious, the touching, and the sublime, Bulatovic weaves a rich tapestry.  Bears, gypsies, quirky family members, foiled plans, unusual and unorthodox neighbors, Fantastical has it all.  Lovingly told with an unmistakable fondness and deep affection, Fantastical is resplendent with humor, magic, and whimsy.

In this colorful, captivating and clever collection of stories, Bulatovic captures the spirit of the Slavic soul—passion and melancholy with a twinkle in the eye.  Fantastical charms with its wit, keen insights, and larger-than-life stories. Part memoir, part love letter to a place and a people that lives on in memory, Fantastical is irresistible.

An exquisite assortment of stories—each more delicious than the last—Fantastical is a tale to be savored.

The gypsy woman shuffled the cards, blew on them, and cast them down, carefully, deliberately, with the skilled hand of a weaver of life and magic:

Some of these stories come to me solely though the gossip of neighbors, embellished in their own minds and later, in mine.  Some come through the lens of childhood, colored by my need to make sense of my own actions and an often confusing world.  Still, this place and time – the Yugoslavia of my childhood – is real.  Welcome, reader, to these tales of a time and place long gone, a world vanished from the map but not the mind.  Join me on this journey and let your own reality dissolve. .
Posted at 2:21 AM