The Summoned Ones by Darryl A. Woods 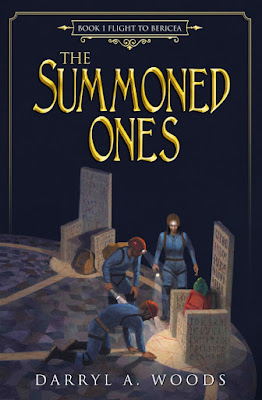 Can a group of college-aged friends from a small Kentucky town actually be the Summoned Ones of prophecy, called to a strange world filled with magic and devastated by war? Can they save the lives of the desperate inhabitants and help them defeat a wicked tyrant? Their epic journey will push them to the limits of their endurance. This unlikely group will discover truths about themselves and experience another world beyond their imagination.

During their journey, they will explore this new world, discover new talents and previously hidden abilities, develop friendships with people they couldn’t have dreamed possible, and will be forced to take actions they would have never considered in any less dire circumstances.