The Eight Fingered Fiend of Lake Porker by Fletcher Best 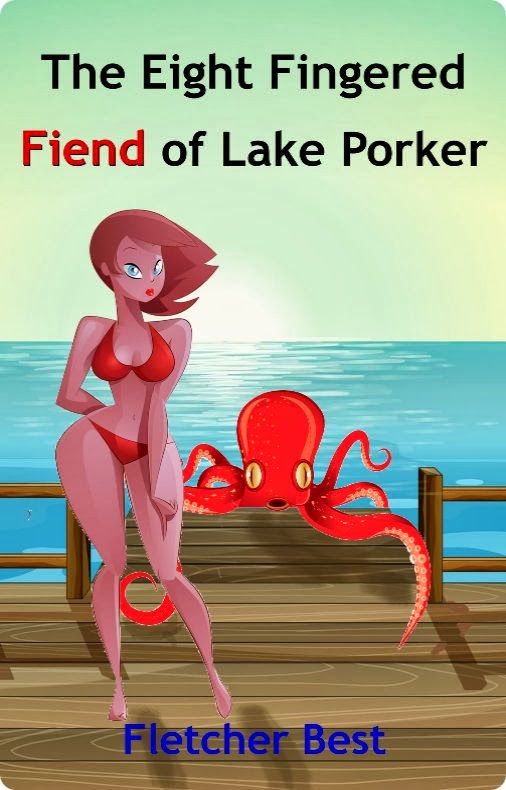 Dark secrets lie just below the surface of the small town of Lake Porker, Texas. The long-time, yet much-despised mayor has been keeping his job by means of rigging elections with the help of the town clerk, a highly respected woman who secretly happens to be the mayor's dominatrix lover. The man that most of the town thinks is a successful stock day trader is actually a methamphetamine kingpin. His drop-dead beautiful and supposedly devoted God-fearing wife is not only plotting to kill him and take over his meth empire, but she's having sex with everyone and anyone she thinks will be helpful in advancing that goal. The new African-American deputy is drawing the ire of the town rednecks and is secretly involved in a May - December romance with the sheriff's wife. Then there's Octavio, the oversexed freshwater octopus bred by the brilliant and lonely fish hatchery scientist who has trained him in the ways of pleasure and has taken him as her lover.


The giant octopus periodically escapes the fish breeding lab and roams the lake looking for other targets for his sexual talents, much to the confusing combination of arousal and horror in his victims. Octavio can't be kept secret forever, and soon he attracts the attention of a cryptozoologist and documentary film producer and his intrepid cameraman out to make their next hit reality television special. All of this plays out in an absurd, darkly comedic romp filled with sex, drugs, and violence.


Welcome to the cold, sticky embrace of The Eight Fingered Fiend Of Lake Porker!