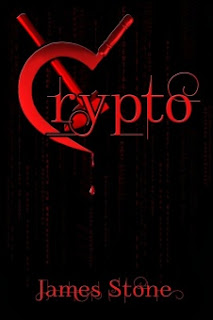 Cryptographic chips unique to the National Security Agency are found where they should not be. The FBI forms a task force and demands open access to NSA, which they cannot legally have. NSA assigns Ellen Drew, a new recruit from LAPD Homicide. The assignment quickly leads her into a maze of duplicity, treachery, and treason. Lives, everyone’s lives, are on the line as the full scope of the plot emerges.

pedestrians forced to walk past Number generally do so on the other side of the street. It is not that the walkways are better on that side. It is not that the view is better. It is simply that citizens of understand from the depths of their souls that the Russian Secret Police are hazardous to their health. Home to the Russian Secret Police for almost 100 years, the Lubyanka is the seat of contagion, a place to be avoided at all times and under all circumstances. Its current incarnation, the Federal Security Service, FSB, wasn’t believed to be any different from its predecessors.
The normally minimal traffic had been further reduced to the vanishing point by darkness and a snow storm. This was even more so on the small street that ran behind the Lubyanka. No one witnessed a black ZIL limousine turn in at a narrow portal, curtains drawn for privacy. And another. And another.
The parade of quiet limousines disgorged, one after the other, a flow of equally quiet men who slipped into a doorway manned by guards who needed to see no identification. The quiet men made their ways to a top floor cloak room where they divested themselves of their overcoats. An astonishing array of braid and brass emerged. Generals abounded. There were some bear hugs of greeting, and some good humored banter, but they were mostly subdued, out of character for these normally demonstrative men. They waited, grouped together along lines of affiliation, and talked quietly. The director had not yet arrived.
An aide appeared and beckoned them into the adjoining conference room. He indicated that the director had entered the building and was on his way up. The men looked around and counted noses. They could be sure that those already present constituted the totality of the gathering. The director would not have arrived otherwise.
The conference table was in the shape of a long U. Cards were in place for each person. The director’s seat was at the head. The choicest seats were along the outside, at the extremities. The worst seats were on the inside. Those unfortunate to occupy the inside seats felt that they were in a fish bowl. People overlooked them from every direction. They felt especially vulnerable from the rear.
Each arrival looked with mixed curiosity and apprehension to see where he was placed. Some swelled with satisfaction. Others were stabbed with dismay. Those favored naturally felt that their positions had been mandated by the director. The others tried to tell themselves that the director had nothing to do with it, that the cretin who set up the table was at fault. None questioned their positions aloud. They stood at attention behind their appointed chairs.
The director was one of the most powerful men in . As the head of the FSB, he controlled all overseas espionage, including an unknown number of exceptionally trained assassins. He also controlled all domestic intelligence and counter intelligence. Following time honored practice, he had set up a variety of sub-organizations, each with its own head, each intensely jealous of the others. The director balanced each against the other, thus keeping them mostly away from his own throat. Then too, there were always the assassins. Hence, the anxious readings of the entrails of a freshly slain conference table for omens of the future.
The director strode into the room and took his seat without a word. There was a general scraping as the others seated themselves. The director cleared his throat and spoke to no one in particular. “Comrades, the President sends his greetings. He asked me to tell you he appreciates the way in which you are carrying out the business of keeping our homeland safe.”
There were polite smiles and nods. They recognized the opening ploy and flowed with it. The director’s gaze scanned the table and settled on a small, elderly man at the far corner of the table. “Comrade Alyushin, what can you tell us about the American Situation?”
The assembled group looked at Alyushin, the Director of Planning and Analysis, with wooden expressions.